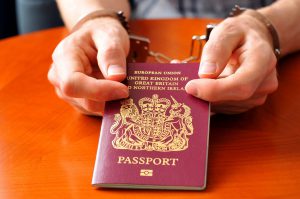 There are different ways to become a British national. Immigrants who are granted Indefinite Leave to Remain (settlement/No Time Limit) may apply to become British Citizen. European citizen’s living in the United Kingdom also need to secure Permanent Residence Card to make an application to become British citizen as a result of certain changes from November 2015.

Applicant’s need to meet certain requirements prior to submitting applications.

Children born in the United Kingdom and have spent 5 years stateless are entitled to be registered as a British Citizen subject to submitting a valid application and pay the required fees. Such child’s parents does not need to have a lawful status in the United Kingdom. Parent’s are entitled for ‘Leave to Remain’ following their child’s acquiring registration as a British Citizen.

We provide services to the people who wants to apply for British citizenship. We assess your case and discuss the options available to you to make such application.

Ishwar Solicitors provides a trusted service to each of it’s clients to sort out legal problems arising in their day to day life.

This website uses cookies to improve your experience while you navigate through the website. Out of these, the cookies that are categorized as necessary are stored on your browser as they are essential for the working of basic functionalities of the website. We also use third-party cookies that help us analyze and understand how you use this website. These cookies will be stored in your browser only with your consent. You also have the option to opt-out of these cookies. But opting out of some of these cookies may affect your browsing experience.
Necessary Always Enabled

Any cookies that may not be particularly necessary for the website to function and is used specifically to collect user personal data via analytics, ads, other embedded contents are termed as non-necessary cookies. It is mandatory to procure user consent prior to running these cookies on your website.